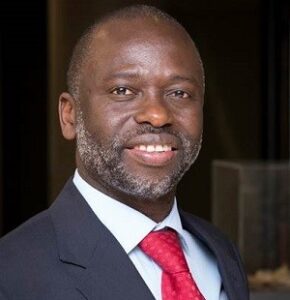 This opinion article was first published in the Mail & Guardian on June 17 2020.

Recently, Black Lives Matter protests have sparked debate on social media platforms. Many have been quick with an “All Lives Matter” retort. Yet, in the aftermath of George Floyd and Breona Tayler‘s deaths, there has been a pivotal need for conversations about systemic racism and the injustices black people face daily.

In fact, Google and Apple have trained artificial intelligence (AI) voice assistants to answer questions on the Black Lives Matter movement and to refute the All Lives Matter camp.

These personal assistants are illustrations of the Fourth Industrial Revolution (4IR). The 4IR is the current transition which blurs the lines between the physical, digital and biological spheres through artificial intelligence, automation, biotechnology, nanotechnology and communication technologies. Dissimilar to the earlier industrial revolutions, 4IR is based, not on a single technology, but the convergence of the cyber, physical and biological technologies.

Technologies and processes are evolving at an exponential pace and are increasingly becoming inter-related. Substantial disruptions will affect all industries and entire systems of production, management and governance and will undoubtedly transform all aspects of the 21st Century life and society. Personal assistants are primarily based on AI – a technology that makes machines intelligent. A machine is considered to be intelligent if it can analyse information and extract insights beyond the obvious. Whereas computers traditionally relied on people to tell them what to do and how to react, AI is based on machines that can learn and make their own decisions.

This also works much like the patterns you learn as a human. For example, if you were to touch a hot metal object, your immediate reaction would be to pull your hand away quickly. The lesson is usually learned. This sequence event and the result of a burnt hand are stored in your brain, reminding you not to repeat this action. This knowledge means that next time you see a hot metal object; you are unlikely to touch it. This is how human intelligence works. Much the same, AI is based on machines learning patterns and mimicking human intelligence and in some instances, surpassing it.

The basic idea behind AI is to see if we can give computers some of the decision-making abilities that we as humans have. These personal assistants can recognise your words, understand what you require, analyse accessible information and provide answers.

Engineering students are probably the most equipped for this shift. The overriding advice is that people should not just stay in one lane or discipline. Crossing the road and exploring because the rapid disruptions to our society requires an integrated approach that may need people to draw on philosophy, literature, history, psychology, economics and other disciplines.

Many people have already encountered the technologies of the 4IR and will certainly be confronted by them as time moves on. Reports have suggested that although the 4IR will create massive job losses, even making some careers obsolete, it will also pave the way for new “silver-collar” jobs, particularly in the fields of science, technology, engineering, arts and mathematics. Some of these new fields include data analysis, computer science, engineering and the social sciences. AI will be a useful tool that people will undoubtedly deploy.

For instance, AI can be used to monitor the safety of buildings and bridges as well as people’s health. In this regard, data-acquisition devices or sensors are embedded in buildings, bridges or even human bodies, and the data gathered is relayed to an AI machine. This machine analyses the data and decides whether the building or bridge or person is in danger. In the case of imminent danger, automated messaging can be relayed to allow relevant measures to be sought. This allows for the buildings or bridges to be secured before they collapse, thereby saving lives.

AI technology has already proved to be an efficient alternative approach to classical modelling techniques. In contrast to conventional methods, AI can deal with any uncertainties that may arise and is useful in helping to solve complex problems. Ultimately, this cuts down on the tedious aspects of engineering by making the process of decision making faster, reducing error rates, and increasing efficiency. The engineer of today is vastly different from the engineer of the 19th or 20th century.

Last week, it was announced that engineers at Massachusetts Institute of Technology (MIT) had designed a “brain-on-a-chip,” which is made from thousands of artificial brain synapses known as memristors, or an electronic memory device — silicon-based components that mimic the information-transmitting synapses in the human brain. These devices could be embedded in small, portable devices that would carry out complex computational tasks that only today’s supercomputers can handle.

As Jeehwan Kim, an associate professor of mechanical engineering at MIT, explained: “So far, artificial synapse networks exist as software. We’re trying to build real neural network hardware for portable artificial intelligence systems. Imagine connecting a neuromorphic device to a camera on your car, and having it recognise lights and objects and make a decision immediately, without having to connect to the internet. We hope to use energy-efficient memristors to do those tasks on-site, in real-time.”

It is becoming increasingly evident that the 4IR is fundamentally changing engineering. It is not only evolving many of the tasks involved in engineering, but it is also creating pockets of opportunity to do things that were not possible before. In fact, engineers will make up a substantial driving force of the 4IR. While there are undoubtedly fears that many jobs will be automated or made obsolete, there is room for entirely new careers and roles. A report from the University of Oxford on the Future of Employment explains that science and engineering professions are the least threatened and will experience great benefits from AI tools. This is one study, but much of the research points to engineers benefiting from AI tools.

Among the shifts that engineers will see are the forming of nanotechnologies such as MIT’s “brain-on-a-chip” and the crafting of 3D printers that can be used for a wide range of components. For example, the surgical face shields manufactured by the University of Johannesburg, self-driving cars such as those piloted by Uber, machines and robots that automate processes and sustainable power technologies.

Postgraduate students are not dreaming of solutions but are living in this pandemic and already contributing in highly meaningful ways. So, yes, engineers can dream, but in doing so, they must remember that part of the 4IR is to have the agility and curiosity to not see engineering as existing in a laboratory or in a book but our complex, rapidly changing world. 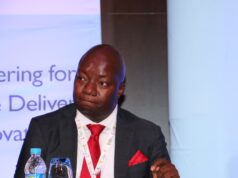 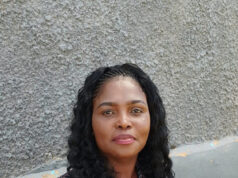 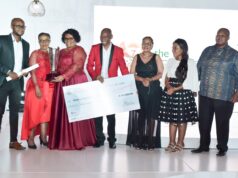 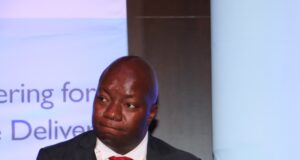